According to the Autism Speaks website, “Autism spectrum disorder (ASD) and autism are both general terms for a group of complex disorders of brain development. These disorders are characterized, in varying degrees, by difficulties in social interaction, verbal and nonverbal communication and repetitive behaviors.” The U.S. Centers for Disease Control and Prevention (CDC) state that about 1 in 68 American children are identified as being on the autism spectrum.

As a special education teacher, I have always sought to give my students a “voice and a choice”. There is empowerment in feeling heard and making decisions that impact your own world. Children with autism may approach life from a different perspective and may not seem to always fit into the mold that society deems “normal,” but that doesn’t mean that these children should feel left out or powerless.

It is important that children’s books reflect our world and all the people in it. Books have the power to make people feel like they aren’t alone. Feeling part of something bigger than yourself can make life less scary. What an amazing thing to see yourself or your sibling or your classmate in the pages of a book!

Books are great teachers and conversation starters. Reading a book about a person with a disability to your child or your classroom can open their mind to questions and conversations and eventually acceptance.

Just as every person with autism is unique, every book about autism is going to present its story differently. Some people may say, “That’s not how a person with autism would talk,” or “That’s not what autism looks like.” But in my opinion, if even one person who is on the spectrum or knows someone with autism reads a book and has a connection to a character or feels empowered or enlightened, then it is an important piece of writing.

Here are three works of fiction I’d recommend who’s main character is on the autism spectrum. Included is a favorite quote or passage from each of them so you can get a sense of how simple words can have a profound effect on people’s lives. I encourage you to read these and other books about autism yourself, to your child or to your classroom. Recommend them to friends. Start the conversation. With awareness comes understanding and eventually acceptance. Don’t you want to live in a world where all people feel worthy and included? I do.

In Rules by Cynthia Lord, the narrator is a young girl who struggles with her relationship with her brother with autism and how much of their families world revolves around him. Although this is a fictional book, the author has a son with autism and a daughter who does not. This would be a great book for children who have a sibling with autism. Rules was a Newbery Honor book in 2007, an ALA Schneider Family Book Award winner and an ALA Notable Children’s Book. 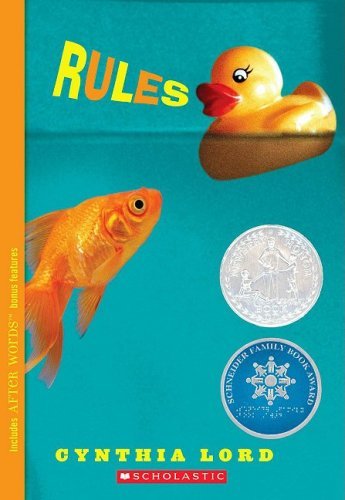 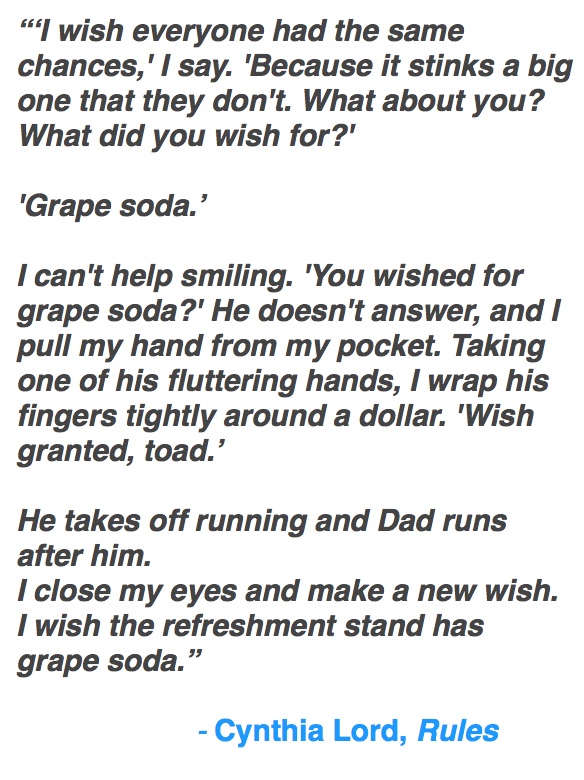 In Anything But Typical, Author Nora Raleigh Baskin writes about a boy named Jason with autism who is uncomfortable around people and speaks few words, but is an amazing storyteller when he types on the computer. This is a powerful book told by Jason that gives insight into how some people with autism may feel about interacting with others and relationships. This book won the ALA Schneider Family Book Award. 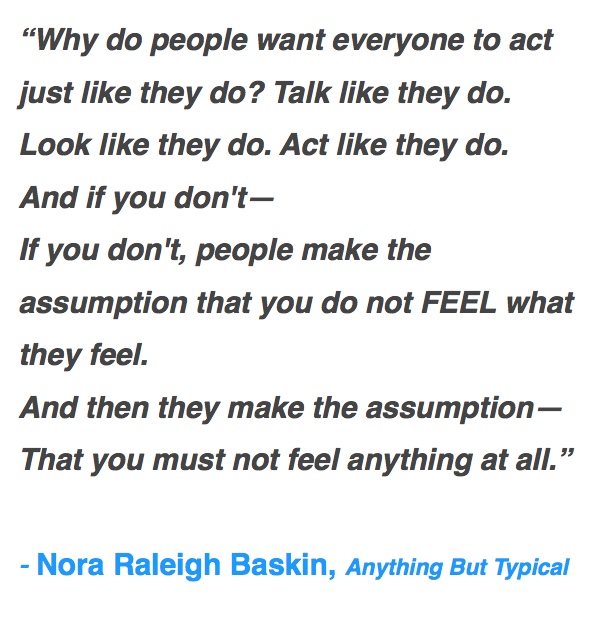 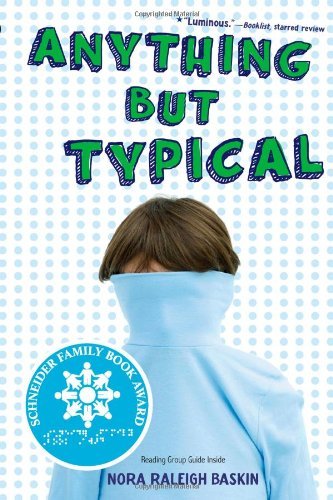 National Book Award winner, Mockingbird by Kathryn Erskine, is the story of a girl, Caitlin, with Asperger syndrome who loses her brother in a school shooting. Told from the perspective of Caitlin, Mockingbird deals with the difficulty she has coping with the complex emotions of death when she sees the world as black and white. 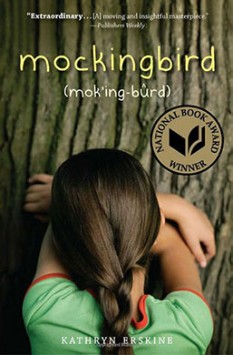 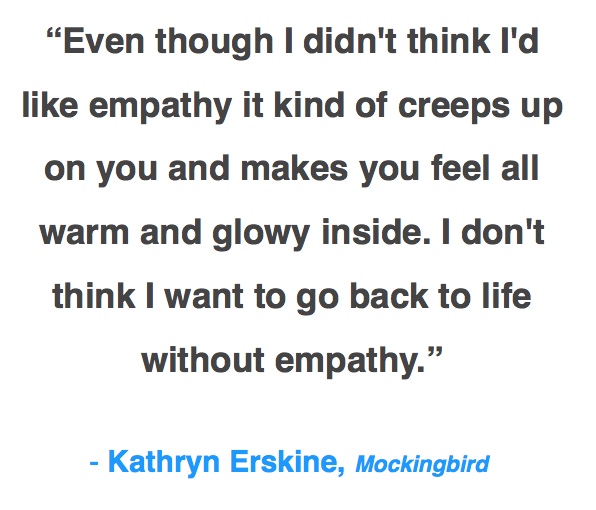 I want to leave you with an excerpt from a beautiful blog post written by Philip Reyes last year when he was just twelve years old. Reyes, who has autism, did not communicate until he was nine years old when his world was opened up by using a letterboard. Now he has lots to say and gives us lots to think about. 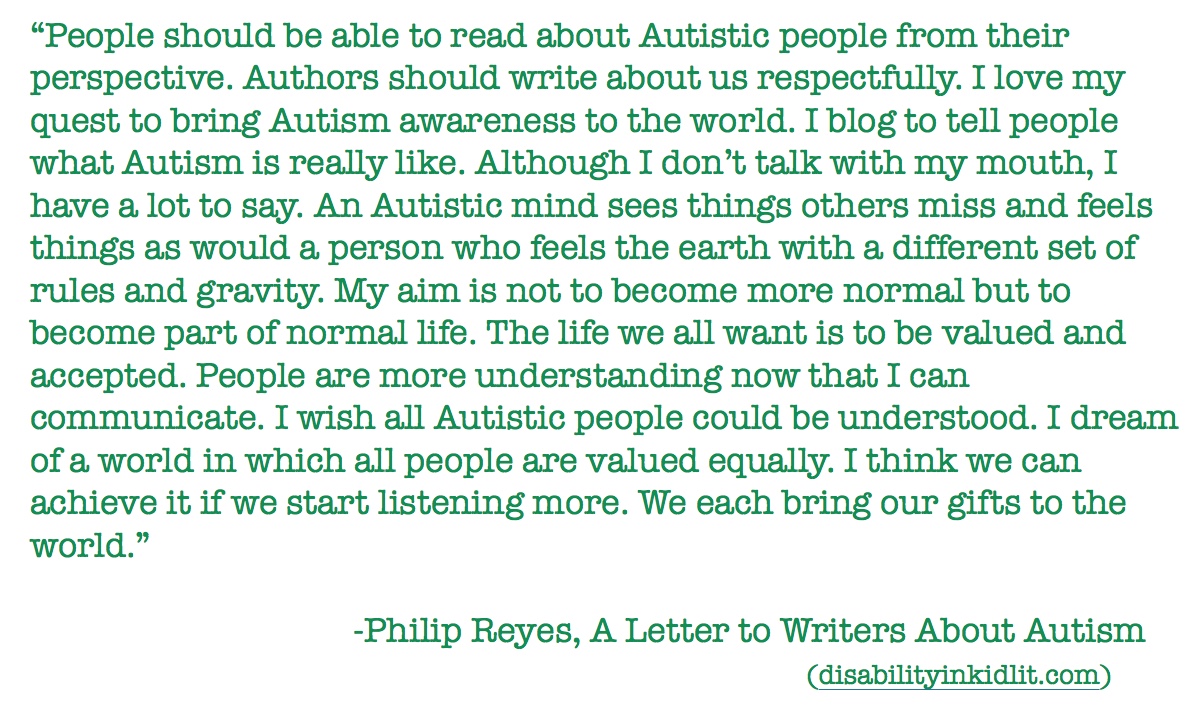 One thought on “Autism in Books – Awareness, Understanding, Acceptance”